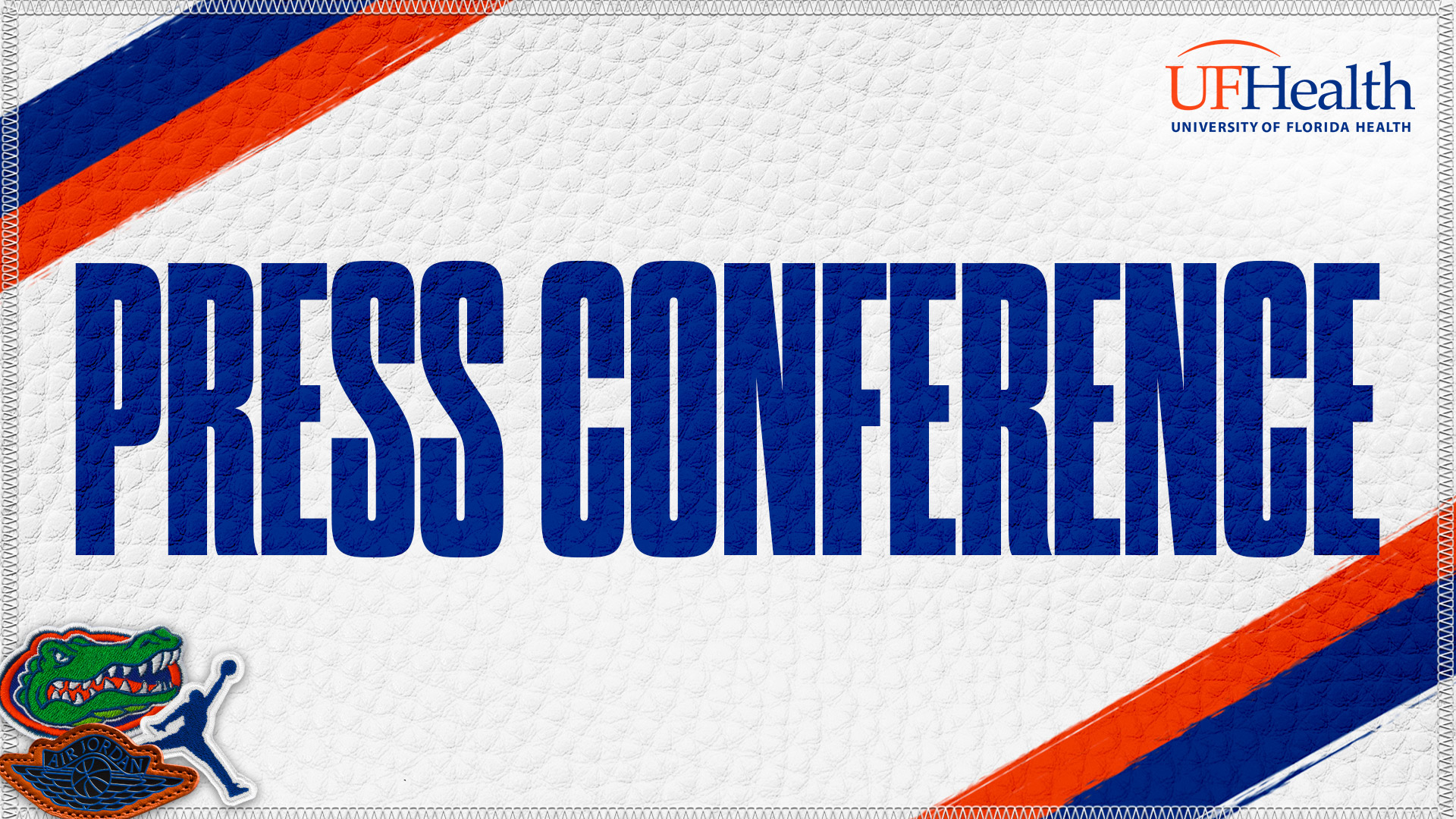 Follow along with Scott Carter (@GatorsScott) on Signing Day.

Receiver Caleb Douglas from Missouri City, Texas, was the final player signed by the Gators on Wednesday.

He wasn't sure where he was headed until the Gators came calling.

“I thought I was going to a lot of places. It was up and down a lot. I’m just glad that I picked out the best fit for me.”

He entertained offers from LSU, USC and Notre Dame leading up to National Signing Day and is one of four Texans to join the program since Napier took over.

From the Lone Star State...

The Gators traveled far and wide to sign their first class under head coach Billy Napier, including the addition of defensive lineman Andrew Savaiinaea.

Savaiinaea is from Graham-Kapowsin High in Graham, Wash.

Hailing from the Pacific Northwest.

Napier said at his National Signing Day press conference that the 6-foot-2.75, 261-pound Savaiinaea projects as a edge rusher who fits the profile of a player the Gators want at that position.

Quarterback Max Brown is the sixth player to officially sign with the Gators today on National Signing Day.

Brown is a 6-foot-1 versatile prospect out of Lincoln Christian High in Tulsa, Okla.

Brown had a prolific senior season, accounting for more than 4,000 total yards and 61 touchdowns (41 passing, 20 rushing).

The Gators took a step in replenishing their depth at tight end, a position of strength in recent years.

Florida signed 6-foot-6.25, 256-pound prospect Hayden Hansen out of Weatherford, Texas. Hansen is a skilled receiver (38 catches as a senior) and brings the bulk to block on the edge of the offensive line.

Another one joining the family. ✍️

Hansen had offers from Colorado and Washington State, among others, but decided to head East and sign with Florida.

Hansen's signing was an event at Weatherford High, about 30 minutes west of downtown Fort Worth.

Congrats to @HaydenHansen13 for signing with @GatorsFB this morning

The Gators added a talented running back with a familiar name on Wednesday.

Etienne was a high-priority target for first-year Gators head coach Billy Napier and his staff. They were very familiar with Etienne from their time at Louisiana.

Jalen Farmer's stock shot up late in the recruiting cycle as Alabama wooed the Florida commit.

Farmer stuck with the Gators and officially signed on Wednesday, the third signee of the morning.

A 6-foot-4.5, 334-pounder out of Eastside High in Covington, Ga., Farmer played left guard and defensive tackle as a two-way player in high school.

The Gators focused attention on Farmer in the first week head coach Billy Napier was on the job. Three days after his introductory press conference, Napier made a home visit with Farmer.

The Gators have officially signed defensive back Miguel Mitchell out of Oxford (Ala.).

Mitchell chose the Gators over Tennessee and is the second signee of the morning.

Mitchell's recruitment took several turns in recent months after he was committed to Vanderbilt, and then Northwestern.

However, once Florida hired Billy Napier and revamped its recruiting board, Mitchell garnered interest from the Gators and other Southeastern Conference schools.

A 6-foot-3 safety, Mitchell adds depth in a secondary that has been inconsistent the past couple of seasons.

Gators head coach Billy Napier and his staff have been hard at work since the Early Signing Period in December.

We'll update the blog here throughout the day as the Gators ink the remaining part of their 2022 signing class on National Signing Day, Part II.

Napier and Co. have put together what is shaping up to be an impressive transitional class in a short period of time. Less than two months ago, Napier was preparing his Louisiana Lafayette team for the Sun Belt Conference Championship Game. He was introduced as UF's head coach on Dec. 5.

The Gators have their first player officially in the fold today, and that's outside linebacker Jack Pyburn from The Bolles School in Jacksonville.

Pyburn made his announcement on Tuesday, choosing the Gators over Miami and Auburn.

Let's get this party started!🎉

Following his announcement on Tuesday, Pyburn spoke with Rivals.com about his decision.

You can check out the interview below with Pyburn, a kid with a photo of Ivan Drago on his Twitter home page.

We'll have to ask him about that someday.

Billy Napier said there could be more to come during his National Signing Day press conference late Wednesday afternoon.

Less than an hour later, linebacker Shemar James made it official, signing with the Gators out of Faith Academy in Mobile, Ala.

James, ranked the top linebacker prospect in the country by Rivals.com, is the second five-star recruit to sign with the Gators on Wednesday. He finished his senior season with 10 tackles for loss, six sacks and an interception.

The Gators need help at the position and James, listed at 6-foot-1.25 and 210 pounds, fits the bill as Napier and his staff retool Florida's roster.

Here is a look at James making his announcement:

4 ⭐️ Lb Shemar James commits to Florida! Another huge get for the gators! #ChosenFew22 pic.twitter.com/gkeqo9ikdW

McClellan stood by his commitment to the Gators and is the eighth player to officially sign Wednesday during the early National Signing Day.

McClellan was recruiting by powerhouses such as Alabama, Ohio State, USC and his native-state Sooners. He opted to join the Gators after a final prep season that earned him a spot in the 2022 All-American Bowl Game.

He sounds pumped to join the Gators.

Wilson's name had been linked to LSU, Florida State, Texas A&M and Georgia prior to Florida's announcement. A native of Fort Pierce, Wilson played at IMG Academy in Bradenton.

He is mature physically at 6-foot, 201 pounds, big enough to stop the run and equipped athletically with the speed and quickness to cover receivers down the field.

Here is the moment Wilson announced he was signing with the Gators:

Naples High cornerback Devin Moore caused waves early Wednesday morning when he flipped from Notre Dame to announce he was signing with the Gators.

The addition of Moore provides a nice boost to Florida's first signing class with Napier as head coach. Moore is a four-star prospect according to 247Sports.com and provides a talented player at a key position of need.

"There are only three things guaranteed in life: death, taxes and that scared money don't make money,'' Moore said at his signing ceremony.

Moore flashed play-making ability at Naples, where he had five interceptions as a junior.

He had offers from several blue-blood programs, including Alabama, Auburn and LSU.

"The proximity to home," Moore said when asked about his decision. "Both are great universities. Both have the combination that I was looking for, but it ultimately came down to my family having the chance to watch every game, and being four hours away from home."

The Gators need help on the defensive front and got some with the addition of defensive tackle Jamari Lyons from Viera (Fla.) High.

Lyons is ranked the 26th overall prospect in the state of Florida by 247Sports.com. He chose the Gators over Georgia, Florida State, Texas A&M, Auburn, Penn State and others.

At 6-foot-3, 298 pounds, Lyons has has the size to stuff the run and is a good athlete for a player his size. He finished his prep career with 11 sacks.

Lyons committed to the Gators in October and remained true to his pledge through the transition from Dan Mullen to Billy Napier.

For a closer look at what Lyons can do on the field, check out No. 99 in the video below:

Kicker Trey Smack is the newest member of the UF football program, the fourth player to sign today.

Smack is ranked the No. 5 kicker and No. 15 punter in the country in the 2022 signing class according to Kohl's Kicking Academy.

The 6-foot-1, 200-pound Smack is from Severna Park High in Maryland and chose the Gators over Air Force, Navy and Virginia Tech.

In addition to football, Smack played lacrosse and worked under the direction of former NFL kicker Matt Stover as he began to blossom as a potential college kicker.

You can check out Smack working on his craft in this video:

At his introductory press conference 10 days ago, Gators head coach Billy Napier made clear his outlook on his first Early Signing Day and recruiting approach.

"We're going to be very patient,'' he said. "I know everybody wants the pedal to the metal here and go a hundred miles and hour. But it's the most important thing we do."

Napier used the same approach when he took over at Louisiana at Lafayette in 2018.

According to 247Sports.com, the Ragin' Cajuns signed 18 players who enrolled during Napier's first season. The class ranked 105th nationally and fifth in the Sun Belt Conference.

In Year 2, Louisiana signed 25 players and its class ranked 77th nationally and first in the Sun Belt.

Most importantly: Napier's teams combined to go 40-12 and earn four consecutive berths in the SBC Championship Game, winning the title the night before Napier urged fans to show some patience as he reboots the Gators program.

“The culture precedes positive results. Champions behave like champions before they’re champions; they have a winning standard of performance before they are winners.” – Bill Walsh#GoGators | @GatorsFB pic.twitter.com/h2aGSybr0v

While there, Williams became of a target of several schools around the country, including Louisiana at Lafayette. He committed to the Ragin' Cajuns, but when head coach Billy Napier took the Gators job, Williams announced he was heading to the Sunshine State.

I first off wanna thank all the coaches at The University Of Louisiana/Lafayette for recruiting me and giving me the opportunity to play with them, but with that being said i would like to announce that i will be flipping my commitment to the Florida Gators🧡💙🐊 #GOGATORS pic.twitter.com/3zb8GkeuoR

The day is moving along about as expected as the Gators finalize the National Letters of Intent from their first group of signees since Billy Napier was named head coach.

The third player to officially join the program is Deerfield Beach offensive lineman David Conner, who is listed 6-foot-5.25 and 295 pounds.

Conner grew up in Atlanta but relocated to South Florida his senior season and helped Deerfield Beach advance to the second round of the Class 8A playoffs.

Conner chose the Gators over Maryland and Arizona, among others.

Conner recently made a visit to campus with his parents, and as the visual evidence shows, he adds some size to UF's offensive line.

Check out FloridaGators.com throughout the day for more updates.

Ten days on the job and on his first National Signing Day at Florida, new Gators head coach Billy Napier officially has signed his first player to the program.

Tony Livingston is the answer to a future trivia question.

Of course, the Gators hope the tight end from King High School in Tampa is much more than that.

Livingston played on the offensive line, defensive line and tight end in high school. At 6-foot-6, he also played basketball and trimmed some serious weight from his frame the past 18 months.

Livingston began his prep career at Carrollwood Day School in Tampa prior to transferring to King. He shared a message on social media later Wednesday morning.

Check back with FloridaGators.com throughout the day for more on Florida's class on Early Signing Day. 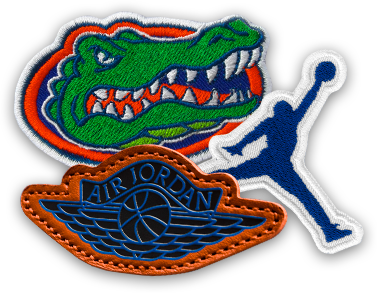 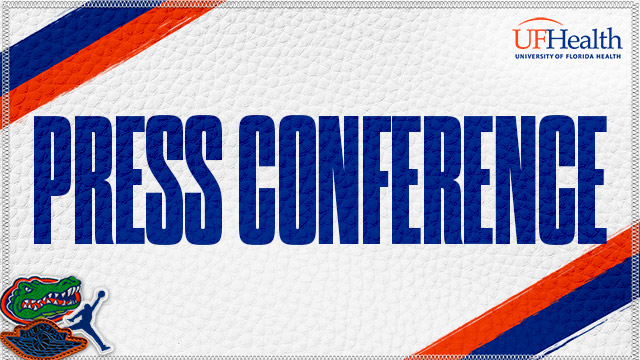 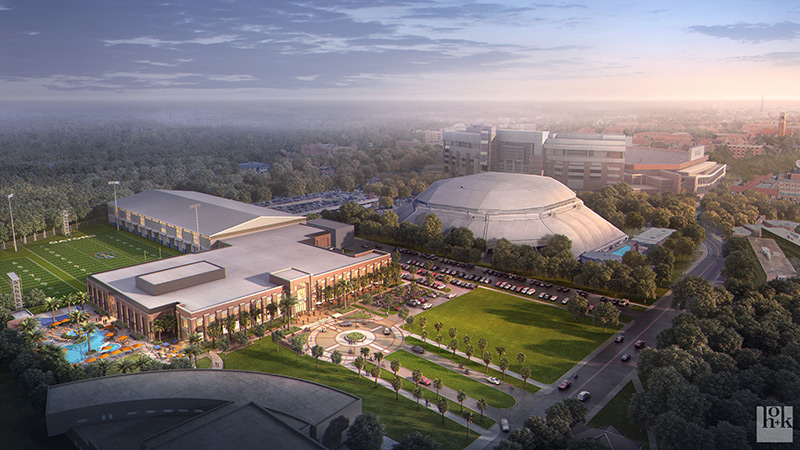